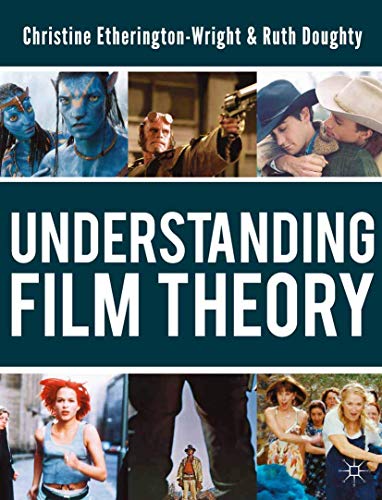 Film theory has a reputation for being difficult. It is challenging, it takes time and it can frequently leave students feeling inadequate and frustrated. Furthermore, theory can often seem intimidating and old-fashioned and therefore it can be difficult to appreciate its modern-day relevance. Understanding Film Theory aims to disassociate theory from these negative connotations and bring a fresh, modern and accessible approach to the discipline. Each of the fifteen chapters provides an insight into the main areas of debate by introducing key ideas and thinkers. Taking the application of theory as its central theme, the book incorporates a number of exciting and innovative features: ‘Reflect and Respond’ sections encourage readers to engage critically with theoretical concepts, while seminal texts are concisely summarized without oversimplifying key points.

Throughout the book the authors illustrate why theory is important and demonstrate how it can be applied in a meaningful way, with relevant case studies drawn from both classic and contemporary cinema including: Once Upon a Time in the West (1968), Run Lola Run (1998), Moulin Rouge! (2001), Rabbit-Proof Fence (2002), Old Boy (2003), Brokeback Mountain (2005), Mamma Mia! (2008) and Avatar (2009). Other case studies examine different genres (Swashbuckling and the Musical), film movements (Dogme 95), individual actors (Christian Bale, Judi Dench and Amitabh Bachchan) and directors (Alfred Hitchcock and Guillermo del Toro).

Understanding Film Theory is an accessible and comprehensive introduction to film theory. It is the ideal entry point for any student studying film, using clear definitions and explaining complex ideas succinctly.

'This is the book that film students have long been waiting for: a clear, well-written and accessible introduction to film theory. Lucid theoretical exposition and case study film analysis offer readers the most intelligible summary of theory that I have yet encountered.' - Paul Sutton, Head of Media, Culture and Language, Roehampton University, UK

'I wish I'd had this book as an undergraduate!'

Understanding Film Theory adopts a modern, student-friendly approach to film theory that incorporates both classic and contemporary films from across a wide range of international cinemas