Items related to Obama and the Middle East

Obama and the Middle East 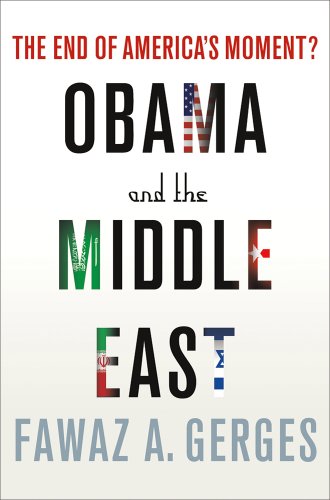 During his presidential campaign, Barack Obama promised to distance the United States from the neoconservative foreign policy legacy of his predecessor, George W. Bush, and usher in a new era of a global, interconnected world. More than two years have passed since his inauguration, and the reality of President Obama's approach is in stark contrast to the ebullient and optimistic image that he originally built up. In fact, Obama is not committed to redefining U.S. foreign policy in a transformational way, but calibrating and correcting the Bush policies, and reclaiming the neorealist approach that defined America's foreign policy since WWII. Taking stock of Obama's first two and a half years in the White House, this book places his engagement in the Middle East within the broader context of U.S. foreign policy since 9/11 and examines key areas that have posed a challenge to his administration: negotiation with Israel and Palestine, troop levels in Iraq and Afghanistan, engagement with the Arab Spring, intervention in Libya, and the death of Osama bin Laden.

Praise for Journey of the Jihadist: Inside Muslim Militancy:
Memorable, nondogmatic, and full of fresh insights-none of them comforting for anyone who hopes for an end to the so-called Long War.                Kirkus Reviews
The author's ability to explain complex issues in a jargon-free and easy-flowing narrative makes this book one of the best, most useful, and most timely volumes for nonspecialist readers. Highly recommended for public and academic libraries.
--Library Journal
Gerges's writings and predictions regarding Islamism and jihad have been accurate so far, and of late are guardedly optimistic in assessing a Muslim world tiring of autocratic rulers and amenable to respect for human rights.                 --The Village Voice

1. Obama and the Middle East: The End of America's Moment?

2. Obama and the Middle East: The End of America's Moment?

3. Obama and the Middle East: The End of America's Moment? Gerges, Fawaz A.