Items related to Mesmerized: Powers of Mind in Victorian Britain 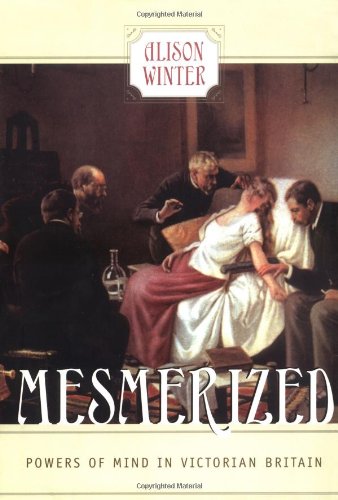 Thousands of men and women all across Britain in the Victorian age were being mesmerized, twisted into bizarre postures and speaking out in unknown languages, and the Victorians were literally entranced with this phenomenon. The text focuses on mesmerism: who was entranced, who did the entrancing, why mesmerism was such a compelling experience to so many and how it became equally powerful evidence of fraud and "unscientific" behaviour to many others. It illuminates dark areas of the relationship between science and society, allowing the assessment of the role of authority in particular social contexts: who draws the line between the bogus and the authentic and how is the boundary maintained? More fundamentally, what is the nature of the powers that wield, and the influences that bind humans together in a social body?

Alison Winter (1965-2016) was a professor of history at the University of Chicago. She taught at Cambridge University and the California Institute of Technology before coming to Chicago in 2001. Her research encompassed the history of sciences of mind, the history of modern medicine, modern British history (especially the Victorian era), and historical issues of gender. She was the author of Mesmerized: Powers of Mind in Victorian Britain and Memory: Fragments of a Modern History. The latter book won the Gordon J. Laing Prize in 2014.

MESMERIZED: POWERS OF MIND IN VI