Items related to The Highlands Controversy (Science & Its Conceptual... 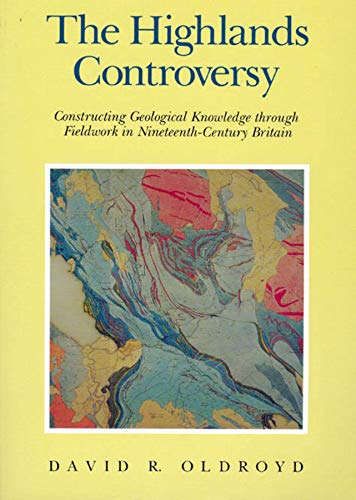 The Highlands Controversy is a rich and perceptive account of the third and last major dispute in nineteenth-century geology stemming from the work of Sir Roderick Murchison. The earlier Devonian and Cambrian-Silurian controversies centered on whether the strata of Devon and Wales should be classified by lithological or paleontological criteria, but the Highlands dispute arose from the difficulties the Scottish Highlands presented to geologists who were just learning to decipher the very complex processes of mountain building and metamorphism. David Oldroyd follows this controversy into the last years of the nineteenth century, as geology was transformed by increasing professionalization and by the development of new field and laboratory techniques. In telling this story, Oldroyd's aim is to analyze how scientific knowledge is constructed within a competitive scientific community--how theory, empirical findings, and social factors interact in the formation of knowledge. Oldroyd uses archival material and his own extensive reconstruction of the nineteenth-century fieldwork in a case study showing how detailed maps and sections made it possible to understand the exceptionally complex geological structure of the Highlands An invaluable addition to the history of geology, The Highlands Controversy also makes important contributions to our understanding of the social and conceptual processes of scientific work, especially in times of heated dispute.

David R. Oldroyd is associate professor in the School of Science and Technology Studies, University of New South Wales. His several books include The Arch of Knowledge and Darwinian Impacts.