Items related to The Best of Men

Letemendia, Claire The Best of Men

The Best of Men 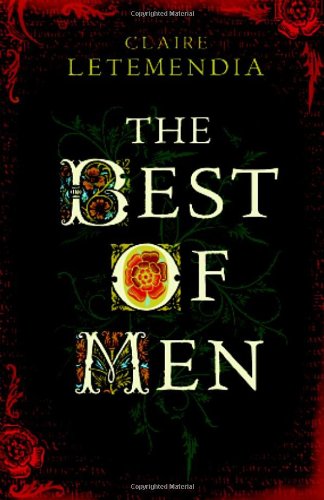 It is 1642, and Laurence Beaumont has just returned to England after six long years fighting - and avoiding fighting - in the European Wars. Having fled his homeland to escape the responsibilities of his noble birthright, he has been a lowly infantryman, a spy, and a cardsharp in a Dutch brothel. He has seen the worst inhumanities visited on men, women and children by enemy and neighbour alike, and he no longer has faith in God, in causes, or much in humankind itself.

Yet as the clashes between King Charles I and his mutinous Parliament come to a crisis and England is thrown into civil war, Beaumont is drawn back into the world of warfare and intrigue when he discovers coded letters outlining a plot to assassinate the king. Soon the conspirators - one of whom is among the most powerful men in the kingdom - are in hot pursuit, and he must find proof of their identities before they overtake him. Pressed into service by the Secretary of State's ruthless spymaster, Beaumont finds himself threatened on all sides, facing the possibility of imprisonment, torture or worse if he makes a single wrong step. The ravishing Isabella Savage, a practised seductress, is interested in helping, but may only lead him deeper into the conspiracies within the king's camp. And all the while, Beaumont is haunted by a prophecy and by the memory of a love betrayed.

Vivid in its detail, filled with gripping action scenes, bawdy and smart, The Best of Men is a rousing, rich and thoroughly satisfying historical novel in the vein of Iain Pears' An Instance of the Fingerpost and the bestselling works of C.J. Sansom. Laurence Beaumont is an unforgettable new character, and Claire Letemendia is a dazzling new storyteller.

"Through the eyes of likeable rogue Lawrence Beaumont, Letemendia vividly re-creates the dark world of deceit, distrust and political intrigue which heralds the start of the English Civil War" (Michael Arnold, author of Traitor's Blood)

"A fiendish plot, full of intrigue and violence, and a richness and depth rare in historical fiction - I loved it" (Ben Kane)

"I thoroughly enjoyed it. It's a brilliant read... My only complaint is that I've now got to wait for the next installment!" (Susanna Gregory)