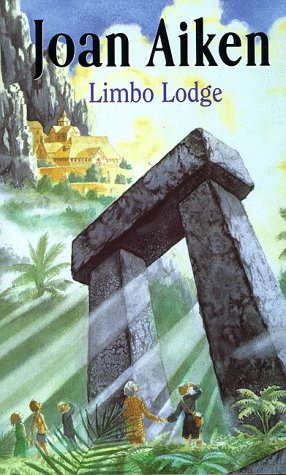 Dido Twite, trying to return to England after her adventures on the east coast of America, is frustrated once again. Orders are sent to the Captain of the Thrush to find and bring home Lord Herodsfoot, on a quest for rare games to cheer up the ailing English king, James III.

Dido Twite is crossing the ocean towards her home in England on the Thrush when the Captain receives orders to search for Lord Herodsfoot who is on a quest to find rare games to amuse the bored English king. Dido is drawn into the search and finds herself battling through the jungles of the Pacific island of Aratu alongside the mysterious Dr Talisman, fighting off evil enemies with the magic of the Dilendi Tribe as they hunt for the secrets that are hidden within the royal residence of Limbo Lodge.

Joan Aiken's Wolves of Willoughby Chase saga has wooed thousands of readers, and Limbo Lodge fits into the saga between The Stolen Lake and The Cuckoo Tree. It is also an ingenious and wholly compelling read in its own right and once again proves that Joan Aiken is a mistress of the written word who can, with her limitless energy and imagination, draw her readers into a dazzling world of adventure that will quite simply leave them begging for more. (Ages 10 and over) --Susan Harrison

"What I relish in particular is the swiftness of the telling, the vigour with which brilliant moments of perception seem to be improvised in the sheer delight of the onward rush of the story" (Philip Pullman Guardian)

"A consummate story teller" (The Times)

Book Description Hardback. Condition: Very Good. The book has been read, but is in excellent condition. Pages are intact and not marred by notes or highlighting. The spine remains undamaged. Seller Inventory # GOR003699022

Book Description Hutchinson, 1999. Hardcover. Condition: Used; Good. **SHIPPED FROM UK** We believe you will be completely satisfied with our quick and reliable service. All orders are dispatched as swiftly as possible! Buy with confidence! Aloysius Ihezie. Seller Inventory # 2080761

Book Description Hutchinson Children's Books Lt, 1999. Condition: Good. A+ Customer service! Satisfaction Guaranteed! Book is in Used-Good condition. Pages and cover are clean and intact. Used items may not include supplementary materials such as CDs or access codes. May show signs of minor shelf wear and contain limited notes and highlighting. Seller Inventory # 0224046640-2-4