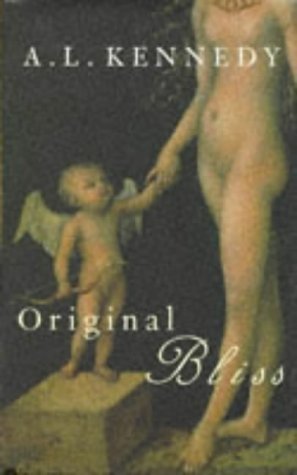 "Kennedy is a world class writer."--"The New York Times Book Review" A brilliant American debut from one of Scotland's most acclaimed writers, named by Granta as one of the Twenty Best Young British Novelists. Emotionally numb, crippled with insomnia, and caught in a frightening, abusive marriage, Helen Brindle believes that God has recently left her. She spends her days performing banal domestic chores in front of a blaring television. On the BBC one day she watches a self-help guru expound on, among other things, the "rules" of masturbation and the importance of "interior lives." Edward G. Gluck, she discovers has developed a program that guides lost souls toward contentment. Helen seeks him out, hoping to find an answer. Instead she discovers Gluck's own sadomasochistic obsession, and his profound shame and disgust. And what they both encounter, painfully, is the love each fears and both yearn to embrace. "A darkly comic tale.... [that] is hilariously funny about sexual obsession and brilliantly perceptive about the dynamics of human relationships."--"The Baltimore Sun" "From the Trade Paperback edition."

" A writer rich in the humanity and warmth that seems at a premium in these bleak times." --Salman Rushdie " Kennedy has now proved that she is one of the few young writers to have found a distinctive voice, one that we could recognize even from a couple of sentences; and that in itself is already a considerable achievement." --Jonathan Coe " The young Scottish writer A. L. Kennedy has said she admires Raymond Carver for his sense of limitation, for his dealing with small precise human situations for themselves. Her own work has these virtues." --A. S. Byatt " Mesmerizes with its musicality and startles with the frankness of its sexual detail . . . The narrative is relentless . . . Manages to address its characters' deep pathos brazenly, and without apology." --Publishers Weekly " Beautiful, rare, and touching: Kennedy handles extremely volatile material with the greatest care . . . A small gem." --Kirkus Reviews