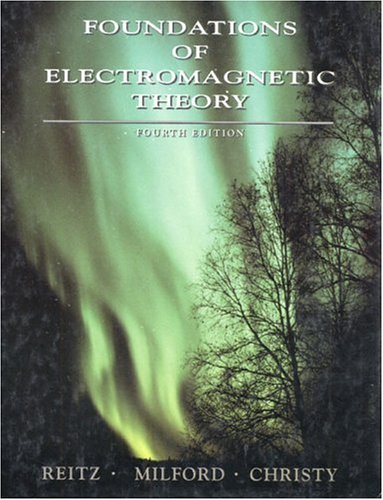 This revision is an update of a classic text that has been the standard electricity and magnetism text for close to 40 years. The fourth edition contains more worked examples, a new design and new problems. Plus, the new edition provides increased emphasis on electromagnetic waves and the solution of numerical problems in electromagnetism by means of a personal computer.

John R. Reitz (Ph.D., University of Chicago, 1949) was a member of the Theoretical Division of Los Alamos Scientific Laboratory from 1949 to 1954, and a consultant to the Lab until 1964. He was a faculty member of Case Institute of Technology (now Case Western Reserve University) from 1954 to 1965 and was appointed Professor of Physics in 1960. From 1965 to 1987 he was Manager of the physics department at Ford Motor Company. Currently he is a consultant in physics and educational software.

Dr. Reitz has written approximately 50 scientific papers in the fields of solid state physics, magnetohydrodynamics, energy conversion, and applications of electromagnetic theory. He is a fellow of the American Physical Society.