Items related to Building Scientific Apparatus: A Practical Guide to...

Building Scientific Apparatus: A Practical Guide to Design and Construction 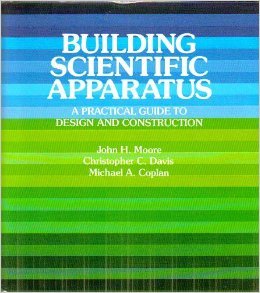 This best-selling book removes the mystery in building scientific apparatus. It shows how the practicing scientist can capitalize on new and unfamiliar technologies without first acquiring an engineering education in each field. The mechanical, electronic, and optical aspects of most apparatus are reviewed in the construction, selection, specification, and procurement of many important components and are described in a clear, simple manner, making use of hundreds of illustrations. The second edition expands on the first by describing new devices, updating specifications of devices formerly described, and listing many new supplies and manufacturers of components. New topics include turbomolecular pumps, fiber-optics, piezoelectric positioners, position-sensitive detectors, magnetic shielding, new logic families, and new integrated circuits. A chapter on temperature measurement and control and a new, larger index have been added in second edition.Each chapter is followed by Cited and General References, Manufacturers and Suppliers.Building Scientific Apparatus