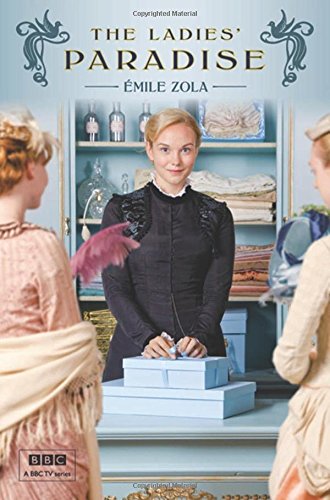 The Ladies' Paradise is a compelling story of ambition and love set against the backdrop of the spectacular rise of the department store in 1860s Paris. Octave Mouret is a business genius who transforms a modest draper's shop into a hugely successful retail enterprise, masterfully exploiting the desires of his female customers and ruining small competitors along the way. Through the eyes of trainee salesgirl Denise we see the inner workings of the store and the relations and intrigues among the staff, human dramas played out alongside the relentless pursuit of commercial supremacy.

Now adapted for BBC Television and given a British setting in The Paradise, Zola's novel is a masterly portrayal of life in the bustling, gossipy world of the best department store in town.
ABOUT THE SERIES: For over 100 years Oxford World's Classics has made available the widest range of literature from around the globe. Each affordable volume reflects Oxford's commitment to scholarship, providing the most accurate text plus a wealth of other valuable features, including expert introductions by leading authorities, helpful notes to clarify the text, up-to-date bibliographies for further study, and much more.

Brian Nelson's lively translation of Au Bonheur des Dames, which was inspired by the revolutionary "Bon Marché" department store, reminds us that this was a ground-breaking book about a seismic shift in social behaviour and gender roles: the first shopping-and-striving epic. (Boyd Tonkin, The Independent i)

Brian Nelson is an Emeritus Professor of French Studies and Translation at Monash University, Melbourne. He is the author or editor of twelve books on aspects of modern French and European culture, including The Cambridge Companion to Emile Zola, and he has translated four other Zola novels for the Oxford World's Classics series. "