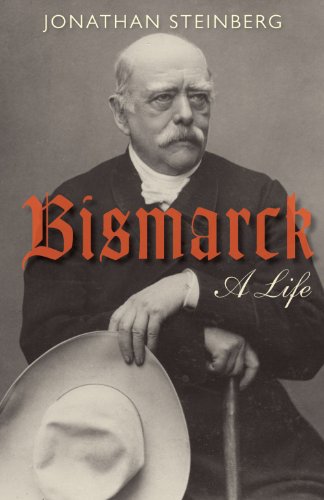 This is the life story of one of the most interesting human beings who ever lived. A political genius who remade Europe and united Germany between 1862 and 1890 by the sheer power of his great personality. It takes the reader into close proximity with a human being of almost superhuman abilities. We see him through the eyes of his secretaries, his old friends, his neighbours, his enemies and the press. Otto von Bismarck 'made' Germany but never 'ruled' it. For twenty eight years he acted as a prime minister without a party. He made speeches, brilliant in content but hesitant in delivery, and rarely addressed a public meeting. He planned three wars and after a certain stage in his career always wore military uniform to which he had no claim. The 'Iron Chancellor', the image of Prussian militarism, suffered from hypochondria and hysteria. Contemporaries called him a 'dictator' and several observers credited him with 'demonic' powers'. They were not wrong. The sheer power of his remarkable 'sovereign sel' awed even his enemies. William I observed that it was hard to be emperor under a man like Bismarck. He towered physically and intellectually over his contemporaries. His spoken and written prose sparkled with wit, insight, grand visions and petty malice. He united Germany and transformed Europe like Napoleon before and Hitler after him but with neither their control of the state nor command of great armies. He was and remained a royal servant. This new biography explores the greatness and limits of a huge and ultimately destructive self. It uses the diaries and letters of his contemporaries to explore the most remarkable figure of the nineteenth century, a man who never said a dull thing or wrote a slack sentence. A political genius who combined creative and destructive traits, generosity and pettiness, tolerance and ferocious enmity, courtesy and rudeness - in short, not only the most important nineteenth-century statesman but by far the most entertaining.

Steinberg succeeds in getting inside the mind of [Bismarck] (Daily Express)

Magnificent...brings out the monstrous egotism of Bismarck more clearly than anybody before him...Steinberg has brilliantly transformed this man of "blood and iron" into a tragic figure worthy to be compared with Goethe's Faust (Daniel Johnson, New Criterion)

If scholars and history buffs want to meet Bismarck in flesh and blood, they need go no further. (Booklist)

A fascinating biography...Steinberg breathes more life into Bismarck than any other biographer...the result is riveting, and we experience Bismarck as a hulking, breathing presence. (Wall Street Journal)