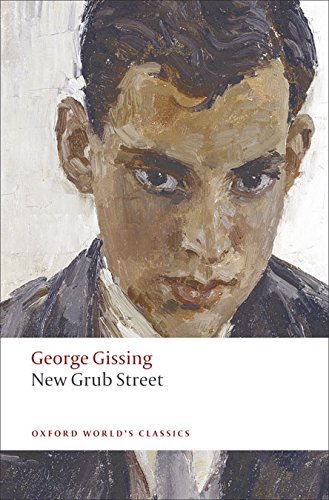 New Grub Street (1891), generally regarded as Gissing's finest novel, is the story of the daily lives and broken dreams of men and women forced to earn a living by the pen. With vivid realism it tells of a group of novelists, journalists, and scholars caught in the literary and cultural crisis that hit Britain in the closing years of the nineteenth century, as universal education, popular journalism, and mass communication began to leave their mark on the life of intellectuals.

Projecting a strong sense of the London in which his characters struggle, Gissing also illuminates `the valley of the shadow of books', where the spirit of alienation that created modernism was already stirring.
ABOUT THE SERIES: For over 100 years Oxford World's Classics has made available the widest range of literature from around the globe. Each affordable volume reflects Oxford's commitment to scholarship, providing the most accurate text plus a wealth of other valuable features, including expert introductions by leading authorities, helpful notes to clarify the text, up-to-date bibliographies for further study, and much more.

'his naturalism has an excoriating veracity; relentless in its judgements but fine as well in its attention to detail ... I have never learnt so much from a novel about the actual day-to-day life texture of life in late 19th-century London.'Janet Daley, The Times

Book Description Oxford University Press. Soft cover. Condition: New. Deals in grimly realistic fashion with the struggles and compromises of the modern literary world. Reardon is a novelist whose attempts to maintain the standards of his art in the face of financial pressure are opposed by an unsympathetic wife. In contrast Milvain, a critic, is clever with no moral or artistic integrity - which ultimately brings him great success. Seller Inventory # 9780199538294