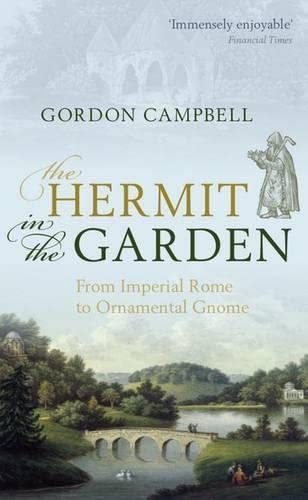 he Hermit in the Garden is a fascinating journey down this strange byway of the past. (Shiny New Books)

a useful addition to the literature on the Georgian garden (Roger White, Historic House)

Gordon Campbell is Professor of Renaissance Studies at the University of Leicester. He is the author of the best-selling Bible: The Story of the King James Bible and of many other books on literature, art, history, and biography. A fellow of the British Academy and a former chair of the Society for Renaissance Studies, in 2012 he was awarded the Longman - History Today Trustees Award for a lifetime contribution to History. In this book his interests in cultural history, architectural history, and designed landscapes converge in a pioneering study of the phenomenon of the English ornamental hermit and his hermitage.

The Hermit in the Garden

The Hermit in the Garden

HERMIT IN THE GARDEN P

HERMIT IN THE GARDEN P

Book Description Condition: New. Brand New Original US Edition.We Ship to PO BOX Address also. EXPEDITED shipping option also available for faster delivery.This item may ship from the US or other locations in India depending on your location and availability. Seller Inventory # ABBNN-174836