Items related to Visions: How Science Will Revolutionize the 21st Century...

Kaku, Michio Visions: How Science Will Revolutionize the 21st Century and Beyond

Visions: How Science Will Revolutionize the 21st Century and Beyond 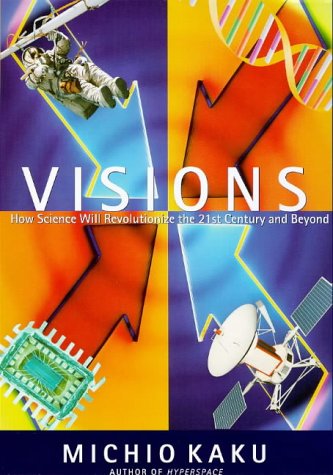 As the 20th century draws to a close, the fundamental elements of matter and life - the particles of the atom and the decoding of the nucleus of the cell - have been discovered, and one of the great chapters of scientific discovery has drawn to a close. In many ways, however, this is but a preface to an even more far-reaching scientific revolution that will take place in the next century, as we make the transition from unravelling the secrets of nature to becoming the masters of nature. In this text, physicist Michio Kaku looks to this future and guides the reader through the science of the next century. His vision of this future is based on the pioneering efforts by theoreticians and the current laboratory research. Dr Kaku asserts that, using today's knowledge, we can confidently predict the direction of science through the next century.

1. Visions How Science Will Revolutionize the Twenty-First Century (Visions of Science) Michio Kaku