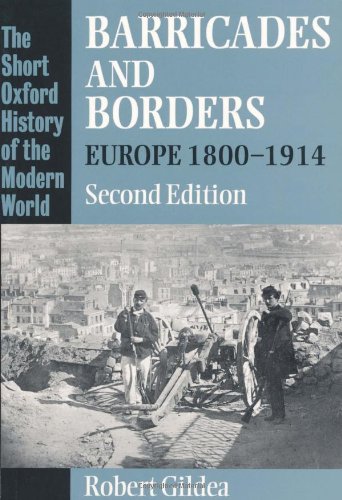 This is a comprehensive survey of European history from the coup d'etat of Napoleon Bonaparte in France to the assassination of the Archduke Ferdinand at Sarajevo, which led to the First World War. It concentrates on the twin themes of revolution and nationalism, which often combined in the early part of the century but which increasingly became rival creeds. Going beyond traditional political and diplomatic history, the book incorporates the results of recent research on population movements, the expansion of markets, the accumulation of capital, social mobility, education, changing patterns of leisure, religious practices, and intellectual and artistic developments. The work falls into three chronoligical sections. The first, starting in 1800 (rather than the more usual 1815) follows the build-up of the revolutionary currents which were eventually going to erupt in the `Year of Revolutions' 1848. The second, from 1850 to 1880, deals with the golden age of capitalism, the successful culmination of struggles for national unification, and the threat of anarchism. The concluding chapters look at the social and political stresses caused by socialism and national minorities, at new attempts by government to order society, imperial rivalry, and the descent into a war which was to mark the end of nineteenth-century Europe. For this second edition, Dr Gildea has substantially revised the text, including a new section on feminism,and completely updated the bibliography. This book is intended for students of nineteenth-century European history (1st, 2nd, and 3rd year undergraduate).

"...seems destined to stand over the next decade as the advanced textbook on nineteenth-century Europe that rivals will find it hardest to better" (Refers to the first edition) -- Historical Journal