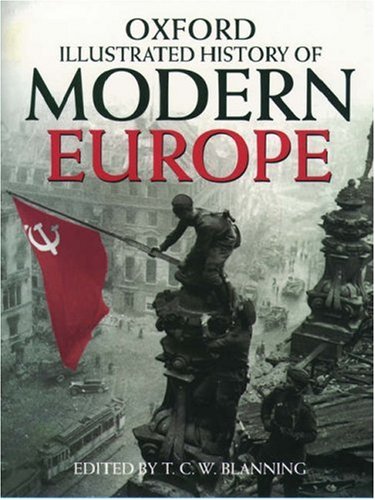 Modern Europeans, argues T. C. W. Blanning, are characterized by the conviction that the ground is moving beneath their feet. Among other things, it has given them a strong sense of dynamism: `the world is changing, it can be changed, and so it should be changed.' Indeed, modern Europeans have transformed not only their own continent but the world. This lavishly illustrated history of Europe, from the late eighteenth century to the present day, offers a fascinating guide to the momentous events, achievements, and personalities that have stamped their mark on the great continent. Each of the eleven contributors is a scholar of international standing, and together they present an account of modern Europe which is both stimulating and accessible. Writing incisively and entertainingly, they trace Europe's turbulent history from the beginnings of the revolution in France to the break-up of the Soviet Union and today's new kaleidoscope of nation-states. Contributors...John Roberts, former Warden of Merton College, Oxford Clive Trebilcock, Pembroke College, Cambridge Hew Strachan, University of Glasgow Pamela Pilbeam, Royal Holloway & Bedford New College, London T. C. W. Blanning, Sidney Sussex College, Cambridge Paul Preston, LSE Harold James, Princeton University Richard Overy, King's College, London Richard Bessel, Open University Martin Jay, University of California, Berkeley David Reynolds, Christ's College, Cambridge This book is intended for readers of modern European history, culture, or politics.