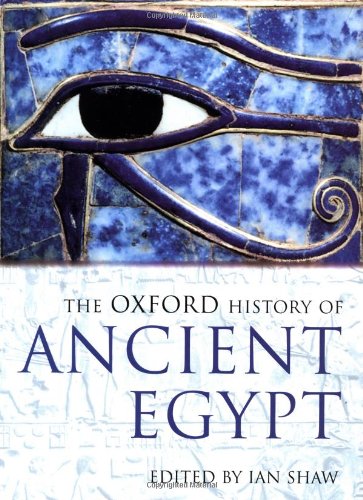 The essays and illustrations in this history portray the emergence and development of the distinctive civilization of the ancient Egyptians, from their prehistoric origins to their incorporation into the Roman Empire, covering the period from around 7000 BCE to 311. The authors outline the principal sequence of political events, including detailed examinations of the three so-called "intermediate periods" which were previously regarded as "dark ages" and are only now beginning to be better understood. Against the backdrop of the rise and fall of ruling dynasties, this book also examines cultural and social patterns, including stylistic developments in art and literature. The pace of change in such aspects of Egyptian culture as monumental architecture, funerary beliefs, and ethnicity was not necessarily tied to the rate of political change. Each of the authors of this history has therefore set out to elucidate, in both words and pictures, the underlying patterns of social and political change and to describe the changing face of ancient Egypt, from the biographical details of individuals to the social and economic factors that shaped the lives of the population as a whole.

Review from previous edition The approach combines traditional chronological history with cultural and social historical material to produce a well rounded picture ... chapters covering prehistory and the intermediate periods are particularly good, with Seidlmayer on the First Intermediate Period and Bourriau on the Second Intermediate Period outstanding. Bryan's chapter on the 18th Dynasty before the Amarna Period is also particularly good. (Antiquity)

If you only want to read one book on Egypt, then read this one ... even people who consider themselves as experts on Ancient Egypt will find much to set them thinking: And while such Egyptologists will have a field day, the casual reader will find plenty to arouse their interest, ranging from the story of the world's first strike ... to the revelation that Scotland Yard possesses a print taken from the hand of a mummy. (The Northern Echo)

splendid, lavishly illustrated book ... the only single-volume work to cover 700,000 years of Ancient Egypt from the stone age to Roman conquest ... Lucidly edited by Ian Shaw ... you get the facts without the dust. An excellent choice for enthusiasts and novices alike; even better if you can persuade someone to buy for you as a present. (Roddy Phillips, Aberdeen Press and Journal)

From the Stone Age to the Roman occupation in the fourth centry AD, the mighty Egyptian dynasties are brought to life in almost 450 pages ... never anything but deeply informative, without losing sight of the essential attribute of any book - readability ... both stimulating to the casual reader or keen-to-learn holiday maker and the serious student alike. (Peter Leach, North West Evening Mail)

brimming with ... intriguing facts ... also provides a first-rate overview of - le progrès Egyptien - from the period when Homo erectus first stalked the land right up to Octavian's triumphant entry into Egypt in 30 BC. (Douglas Kennedy, The Times)

Ian Shaw is Lecturer in Egyptian Archaeology at the Institute of Archaeology, University College, London.

2. THE OXFORD HISTORY OF ANCIENT EG