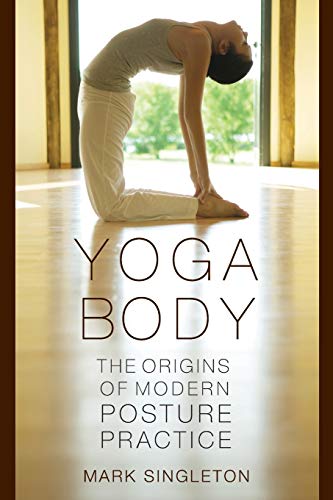 What Mark Singleton does prove, with massive, irrefutable, fascinating and often hilarious evidence, is that yoga is a rich, multi-cultural, constantly changing inter-disciplinary construction, far from the pure line that its adherents often claim for it. (Wendy Doniger, Times Literary Supplement)

This book, an invaluable source on modern yoga, should be on the reading list of every serious student and teacher training program. (Richard Rosen, Yoga Journal)

Mark Singleton teaches at St. John's College, Santa Fe, New Mexico. He is the editor, with Jean Byrne, of Yoga in the Modern World: Contemporary Perspectives. He lives in Santa Fe.

Book Description Oxford University Press Inc, United States, 2010. Paperback. Condition: New. Language: English. Brand new Book. Yoga is so prevalent in the modern world-practiced by pop stars, taught in schools, and offered in yoga centers, health clubs, and even shopping malls-that we take its presence, and its meaning, for granted. But how did the current yoga boom happen? And is it really rooted in ancient Indian practices, as many of its adherents claim?In this groundbreaking book, Mark Singleton calls into question many commonly held beliefs about the nature and origins of postural yoga (asana) and suggests a radically new way of understanding the meaning of yoga as it is practiced by millions of people across the world today. Singleton shows that, contrary to popular belief, there is no evidence in the Indian tradition for the kind of health and fitness-oriented asana practice that dominates the global yoga scene of thetwenty-first century. Singleton's surprising-and surely controversial-thesis is that yoga as it is popularly practiced today owes a greater debt to modern Indian nationalism and, even more surprisingly, to the spiritual aspirations of European bodybuilding and early 20th-century women's gymnastic movements of Europe andAmerica, than it does to any ancient Indian yoga tradition. This discovery enables Singleton to explain, as no one has done before, how the most prevalent forms of postural yoga, like Ashtanga, Bikram and "Hatha" yoga, came to be the hugely popular phenomena they are today.Drawing on a wealth of rare documents from archives in India, the UK and the USA, as well as interviews with the few remaining, now very elderly figures in the 1930s Mysore asana revival, Yoga Body turns the conventional wisdom about yoga on its head. Seller Inventory # ABZ9780195395341

Book Description Paperback. Condition: New. Paperback. Yoga is so prevalent in the modern world?practiced by pop stars, taught in schools, and offered in yoga centers, health clubs, and even shopping malls?that we take its presence.Shipping may be from multiple locations in the US or from the UK, depending on stock availability. 262 pages. 0.460. Seller Inventory # 9780195395341

9. YOGA BODY: THE ORIGINS OF MODERN