Items related to Anthology of Twentieth-Century British and Irish Poetry 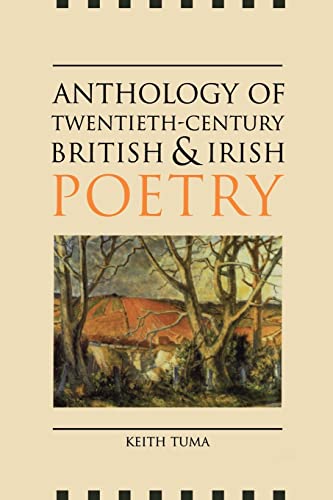 "A wonderful feast of poets both well-known and half-forgotten; a scrupulous, beautiful gathering of the most vivid poetry in these great traditions."--Reginald Gibbons, Northwestern University "A fine and fresh selection attractively presented with intelligent introductions and some unusual (and interesting) choices."--David Lampe, Buffalo State College "Wide selection mindful of canonical and emergent voices. Highly readable and teachable."--Shakir Mustafa, Boston University "Remarkable range. It is a library of poetry that leaves one wishing for more and no longer willing to settle for less."--Gale L. Ward, Brigham Young University-Hawaii