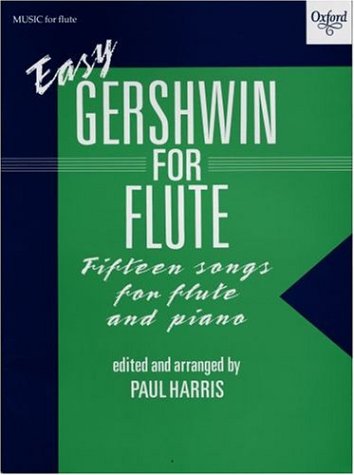 This collection of Gershwin songs has been specifically arranged for players between about Grade 1 and Grade 5. The pieces are set out in approximate order of difficulty.

Paul Harris has established an international reputation as one of Britain's leading educationalists. He studied clarinet and conducting at the Royal Academy of Music, He then went on to study music education with Professor Keith Swanwick at the University of London. He has well over 200 publications to his name; most are concerned with music education dealing primarily with stimulating and helping young players to develop their musical skills. His compositions also include a number of extended and more serious works. Recently he has made a major contribution to the English National Curriculum. He is an examiner for the Associated Board and adjudicates at music festivals and various national competitions. In addition he has undertaken research into specialist music education for the highly talented - an interest that has taken him to many musical institutions around the world.

Contains a collection of Gershwin songs which have been specifically arranged for players between about Grade 1 and Grade 5. The pieces are set out in approximate order of difficulty.