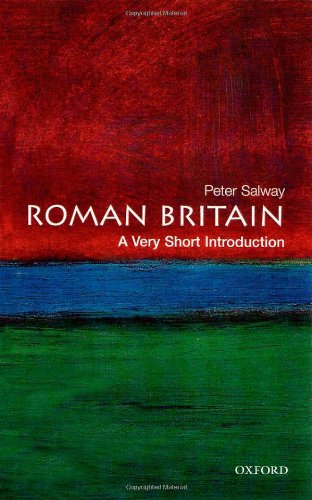 Britain was within the orbit of Graeco-Roman civilization for at least half a millennium, and for over 350 years part of the political union created by the Roman Empire that encompassed most of Europe and all the countries of the Mediterranean.

First published as part of the best-selling Oxford Illustrated History of Britain, Peter Salway's Very Short Introduction to Roman Britain weaves together the results of archaeological investigation and historical scholarship in a rounded and highly readable concise account. He charts life in Roman Britain from the first Roman invasion under Julius Caesar to the final collapse of the Roman Empire in the West around AD 500.

Peter Salway, formerly a Fellow of Sidney Sussex College, Cambridge, and subsequently of All Souls College, Oxford, is an Emeritus Professor of the Open University and Chairman of the Oxford Archaeological Unit. His publications include The Oxford Illustrated History of Roman Britain, published by OUP in 1993 (reissued in paperback by OUP in 1997 as A History of Roman Britain). He has served as a Member of Council of the National Trust (appointed by the Society of Antiquaries), and was one of the editors of The Remains of Distant Times: Archaeology and the National Trust (Boydell, 1996). He has also published a substantial number of articles and reviews in learned journals and publications for the general reader, mostly on Roman Britain and Classical Antiquity in general, a few on medieval and later British archaeology and architectural history.