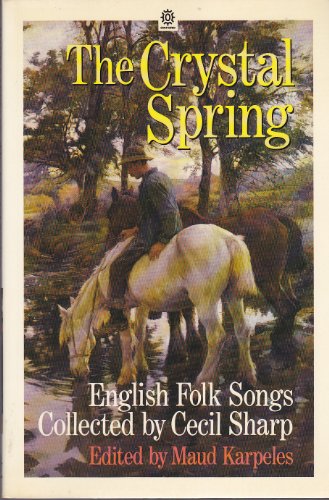 Cecil Sharp was one of the leading collectors of British folk songs and founder of the English Folk-Dance Society. For this volume, Maud Karpeles--Sharp's assistant for many years and herself an authority in this field--has selected 143 ballads, love songs, songs of the country, carols, nonsense songs, and various other folk songs from Sharp's extensive collection, collating melodies and texts where Sharp found variants, to produce a popular vehicle for Britain's traditional music. The book includes music and lyrics for each song, supplemented by subtle harmonies well-suited for guitar or piano accompaniment as well as chord diagrams for guitarists.

Maud Karpeles, Cecil Sharp's assistant for many years and herself an authority in this field, has selected 143 songs from Cecil Sharp's Collection of English Folk Songs to produce a popular song-book for all folk-singers.