A Journal of the Plague Year (Oxford World's Classics) 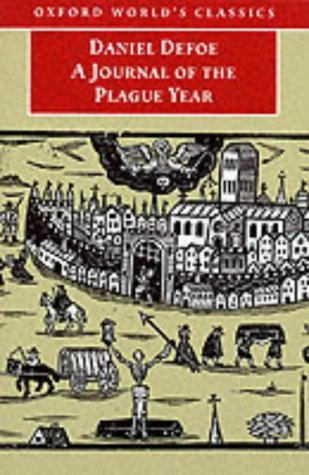 The text and notes are reproduced from the Oxford English Novels edition. The introduction sheds light on the relationship of the Journal to Pepys's diary, and a medical note relates the latest research on the Plague.

The London of an earlier period - 1665 - is brought vividly and pungently back to life. (Cannock and Rugeley Chronicle)

Defoe's classic reconstruction of the Great Plague of 1665 is the most compelling account of natural disaster in all literature. Narrated by an imaginary 'Citizen who continued all the while in London', A Journal of the Plague Year scans the streets and alleyways of the stricken capital in its effort to record the appalling suffering of plague victims. At once horrifying and movingly compassionate, it is a nightmare vision of the modern city laid to waste.

1. A Journal of the Plague Year (Oxford World's Classics) [Paperback]