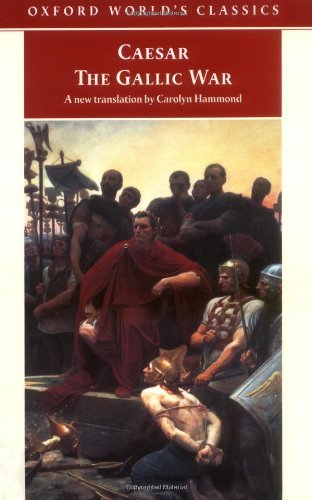 The Gallic War, published on the eve of the civil war which led to the end of the Roman Republic, is an autobiographical account written by one of the most famous figures of European history. On one level a straightforward narrative of the campaigns Caesar fought against the Gauls, Germans and Britons, it also serves a deeper political purpose, revealing him as a commander of breathtaking flair, courage and persistence - a man of the people, a man without rival. This new translation reflects the purity of Caesar's Latin while preserving the pace and flow of his momentous narrative of the conquest of Gaul and the first Roman invasions of Britain and Germany. The introduction includes a survey of Caesar's role and reputation in later thought, while detailed notes, maps, a table of dates, and glossary make this the most useful edition available.

I read Caesar with rather more reverence and respect than one feels in reading human works...the only thing to be said against him is that he speaks too sparingly of himself. (Montaigne)