Items related to The Essential T.E.Lawrence 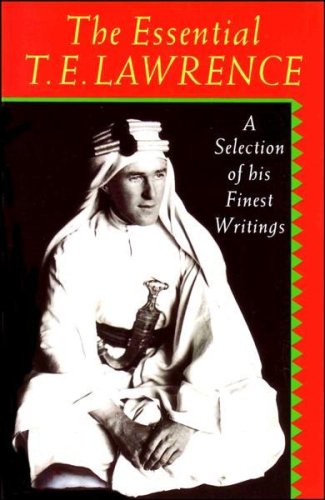 "The Essential T.E. Lawrence" is both an anthology and an autobiography; not only does it contain a wide-ranging selection of Lawrence's writings, it also offers us the story of his life. It begins with the eloquent letters of the young adventurer from Oxford, eagerly expanding his horizons beyond Britain to France and subsequently to the Middle East; it ends with the fatal telegram 30 years later which preceded his last motor-cycle ride from Bovington Camp to Clouds Hill. In between we meet Lawrence as an archaeologist, intelligence officer, soldier-in-the-field, polemicist, diplomat, and Tank Corps or RAF serviceman under the aliases of Ross and, later, Shaw.

About the Editors Malcolm Brown, a well-known Lawrence scholar, is the editor of Lawrence's letters. David Garnett was the author of Aspects of Love, later turned into a musical by Andrew Lloyd-Webber

1. The Essential T.E. Lawrence: A Selection of his Finest Writings

5. The Essential T.E. Lawrence: A Selection of his Finest Writings