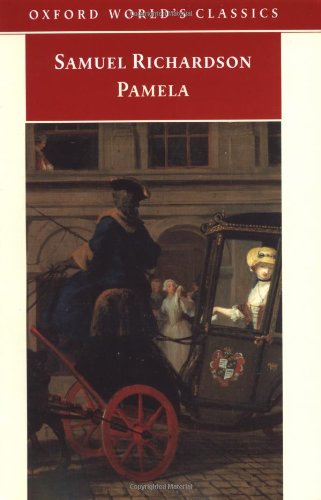 'Pamela under the Notion of being a Virtuous Modest Girl will be introduced into all Familes,and when she gets there, what Scenes does she represent? Why a fine young Gentleman endeavouring to debauch a beautiful young Girl of Sixteen.' (Pamela Censured, 1741) One of the most spectacular successes of the burgeoning literary marketplace of eighteeent-century London, Pamela also marked a defining moment in the emergence of the modern novel. In the words of one contemporary, it divided the world 'into two different Parties, Pamelists and Antipamelists', even eclipsing the sensational factional politics of the day. Preached up for its morality, and denounced as pornography in disguise, it vividly describes a young servant's long resistance to the attempts of her predatory master to seduce her. Written in the voice of its low-born heroine, but by a printer who fifteen years earlier had narrowly escaped imprisonment for the seditious output of his press, Pamela is not only a work of pioneering psychological complexity, but also a compelling and provocative study of power and its abuse. Based on the original text of 1740, from which Richardson later retreated in a series of defensive revisions, this edition makes available the version of Pamela that aroused such widespread controversy on its first appearance.