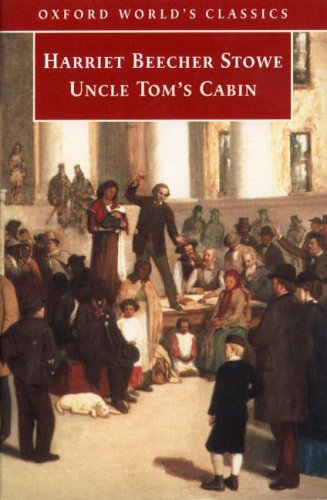 "Uncle Tom's Cabin is the most powerful and enduring work of art ever written about American slavery."--Alfred Kazin

'So you're the little woman who wrote the book that started this great war!' These words, said to have been uttered by Abraham Lincoln, signal the celebrity of Uncle Tom's Cabin. The first American novel to become an international best-seller, Stowe's novel charts the progress from slavery to freedom of fugitives who escape the chains of American chattel slavery, and of a martyr who transcends all earthly ties. At the middle of the nineteenth-century, the names of its characters - Little Eva, Topsy, Uncle Tom - were renowned. A hundred years later, 'Uncle Tom' still had meaning, but, to Blacks everywhere it had become a curse. This edition firmly locates Uncle Tom's Cabin within the context of African-American writing, the issues of race and the role of women. Its appendices include the most important contemporary African-American literary responses to the glorification of Uncle Tom's Christian resignation as well as excerpts from popular slave narratives, quoted by Stowe in her justification of the dramatization of slavery, Key to Uncles Tom's Cabin.