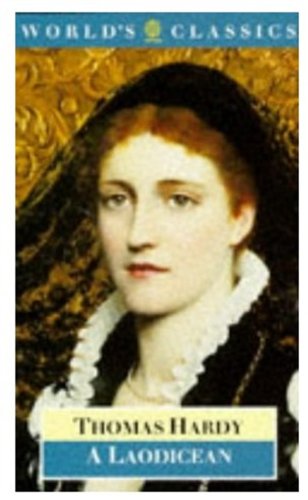 A Laodicean is one of Hardy's most unusual novels, a contemporary romance in which the heroine is torn between her infatuation with an ancient, dilapidated castle purchased by her father, two very different suitors, and a desire to be part of the modern world and its technological achievements. No elegy for a lost past, the story of Paula's dilemma was meant to be a comic investigation of the `incongruities that were daily shaping themselves in the world under the great modern fluctuations of classes and creeds'. This is the only edition to present the text of the novel's first edition rather than that of 1912, enabling a modern reader to read `A Story of To-day' as Hardy originally wrote it. This book is intended for students of Hardy, Victorian/20th century literature, general.

Thomas Hardy was born in 1840 in Dorchester, Dorset. He enrolled as a student in King s College, London, but never felt at ease there, seeing himself as socially inferior. This preoccupation with society, particularly the declining rural society, featured heavily in Hardy s novels, with many of his stories set in the fictional county of Wessex. Since his death in 1928, Hardy has been recognised as a significant poet, influencing The Movement poets in the 1950s and 1960s.

1. A LAODICEAN (THE WORLD'S CLASSIC

2. A Laodicean (The World's Classics) Hardy, Thomas and Gatewood, Jane