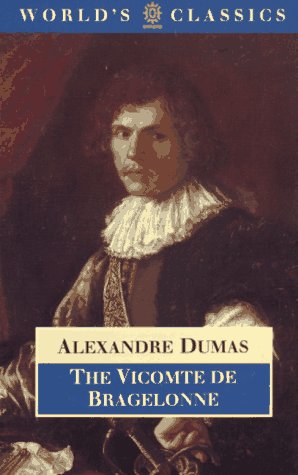 It is May 1660 and the fate of nations is at stake. Mazarin plots, Louis XIV is in love, and Raoul de Bragelonne, son of Athos, is intent on serving France and winning the heart of Louise de la Valliere. D'Artagnan, meanwhile, is perplexed by a mysterious stranger, and soon he learns that his old comrades already have great projects in hand. Athos seeks the restoration of Charles II, while Aramis, with Porthos in tow, has a secret plan involving a masked prisoner and the fortification of the island of Belle-Ile. D'Artagnan finds a thread leading him to the French court, the banks of the Tyne, the beaches of Holland, and the dunes of Brittany. "The Vicomte de Bragelonne" opens an epic adventure which continues with "Louise de la Valliere" and reaches its climax in "The Man in the Iron Mask". This edition of the classic translation is fully annotated, and an introduction sets Dumas's saga in its historical and cultural context.

One of the most famous French writers of the nineteenth century, Alexandre Dumas (1802-1870) first achieved success in the literary world a playwright, before turning his hand to writing novels. In two years from 1844 to 1855, he published two enormous books, The Count of Monte Cristo and The Three Musketeers. Both novels have sold millions of copies worldwide.