Items related to Mad Monkton and Other Stories (World's Classics) 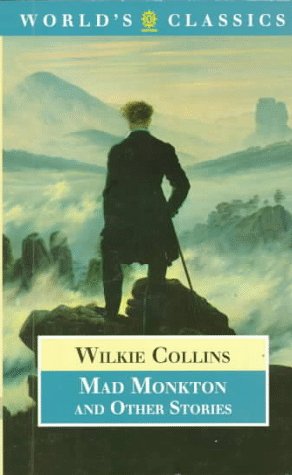 Although Wilkie Collins is remembered primarily as the bestselling creator of the vogue for "Sensation fiction" in the 1860s, he was also prolific in many genres apart from the full-length novel. In particular, he produced a stream of original short stories. Adapting the tradition of the gothic tale of terror, he wrote ghost stories with a distinctively contemporary flavour, and also made a major contribution to the newly emerging form of the detective story. This volume has an introduction, which places the stories in the context of Collins's career and the Victorian literary scene. It brings together samples of his work from three decades, and demonstrates that as a purveyor of mystery, suspense and the uncanny, as a chronicler of the dark underside of everyday life in the mid-Victorian period, and as a story-teller who quickly seizes the reader's interest, and refuses to let go, Collins has few rivals. Other works by Norman Page include "Wilkie Collins: The Critical Heritage", "A Dickens Companion", "A Kipling Companion" and "E.M. Forster".

1. Mad Monkton and Other Stories (The World&#39;s Classics)

2. Mad Monkton and Other Stories (The World's Classics)