Items related to The "Hitler Myth": Image and Reality in the...

The "Hitler Myth": Image and Reality in the Third Reich (Oxford paperbacks) 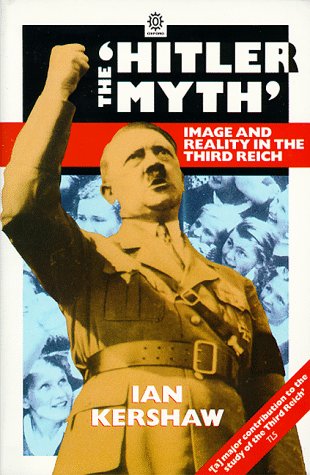 Before writing Hitler 1889-1936: Hubris the first volume of his substantial biography of Adolf Hitler, Ian Kershaw focused on the popular appeal of the Nazi dictator in The Hitler Myth. Arguing that "the sources of Hitler's appeal must be sought...in those who adored him, rather than in the leader himself," Kershaw shows how Hitler's public image welded together antagonistic forces within the Nazi state, mobilised the nation for war, and contributed to the ethos that animated systematic and genocidal violence.

Responding to historians who maintain that Hitler's personality or ideological fixations accounted for his broad acceptance, Kershaw argues that, in the early 1930s a sizeable plurality of Germans hungered for an omnipotent Führer to stand above the political disharmonies of the Weimar state. Later, foriegn policy and military victories attracted many more to the Hitler legend. However, victories were the price for popularity; and Hitler became more and more bloodthirsty as both his image and regime foundered under the blows of the Allied powers. The Hitler myth, then--a cultural phenomenon the Reich Minister Joeseph Goebbels claimed as his greatest propaganda triumph--became a fundamental cause for the collapse of the Nazi State.

Kershaw's authoritative history of political culture in Hitler's Germany forcefully demonstrates that the Führer's popularity rested less on "bizarre and arcane precepts of Nazi ideology, than on social and political values...recognisable in many societies other than the Third Reich." In our present political environment, which repeatedly features outcries for "leadership" from pundits and public servants alike, the disturbing lessons of The Hitler Myth are an urgent warning. --James Highfill

Review from previous editiona book which should be read by everyone interested in the history of 20th-century Europe ... perhaps the most revealing study available of popular opinion in Nazi Germany (Times Higher Education Supplement)

1. The 'Hitler Myth': Image and Reality in the Third Reich Kershaw, Ian

2. The "Hitler Myth": Image and Reality in the Third Reich (Oxford Paperbacks)

3. The "Hitler Myth": Image and Reality in the Third Reich (Oxford Paperbacks)