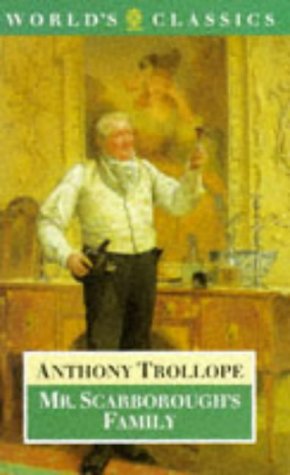 The son of a barrister, Trollope was fascinated by the workings of the legal system. This novel, his last major work, is dominated by the figure of John Scarborough, a wealthy squire who contrives from his deathbed to defeat the law of entail. Seeking to bequeath his estate to the worthier of his two sons, he subjects them to a testing examination and, in the process, baffles his lawyers and scandalizes society. The social world also comes under scrutiny as Trollope explores the codes of conduct governing courtship and marriage, money-lending, gambling and other subjects as he records the conflict between law and justice, and the passing of traditional values. The text is that of the first edition of 1883 and includes a number of textual emendations.

Anthony Trollope (24 April 1815 – 6 December 1882) was one of the most successful, prolific and respected English novelists of the Victorian era. Among his best-loved works is a series of novels collectively known as the Chronicles of Barsetshire, which revolves around the imaginary county of Barsetshire. He also wrote perceptive novels on political, social, and gender issues, and on other topical matters. Trollope's literary reputation dipped somewhat during the last years of his life, but he regained the esteem of critics by the mid-twentieth century.

This striking story is dominated by the heroic John Scarborough, a wealthy squire who, with almost superhuman energy, contrives from his deathbed to defeat the hated law of entail. Seeking to bequeath his estate to the worthier of his two sons, in his pursuit of justice he subjects them to a testing examination, baffles the lawyers, and scandalizes society. The social world also comes under Trollope's ironic gaze. His searching treatment of the various codes governing courtship and marriage, money-lending, frustration of youth and the sadness of age.