Items related to Evelina: Or the History of a Young Lady's Entrance...

Burney, Fanny Evelina: Or the History of a Young Lady's Entrance into the World (World's Classics)

Evelina: Or the History of a Young Lady's Entrance into the World (World's Classics) 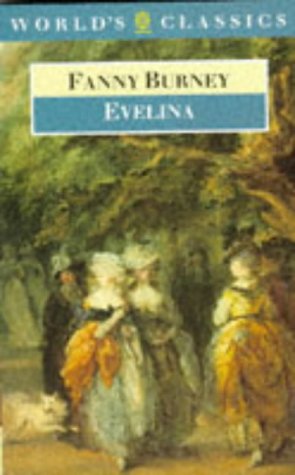 This book is one of the classic book of all time.

"Longtime admirers of Frances Burney's delightful eighteenth-century comedy of manners, Evelina, will no doubt rejoice in Broadview's impressive new edition of the work, here ably introduced and annotated by Susan Kubica Howard. Readers new to the novel have a treat in store. Evelina remains, quite simply, the most accomplished and insouciant comic novel written by an Englishwoman before Austen's Pride and Prejudice, and coruscates anew in the handsome presentation it is given here." - Terry Castle, Stanford University

"Susan Kubica Howard's research is impressively detailed, yet accessibly presented so that the edition will serve both seasoned scholars in the field and readers who may be encountering Evelina for the first time." - Audrey Bilger, Claremont McKenna College