Items related to Foreign Devils on the Silk Road: The Search for Lost...

Foreign Devils on the Silk Road: The Search for Lost Cities and Treasures of Chinese Central Asia (Oxford Paperbacks) 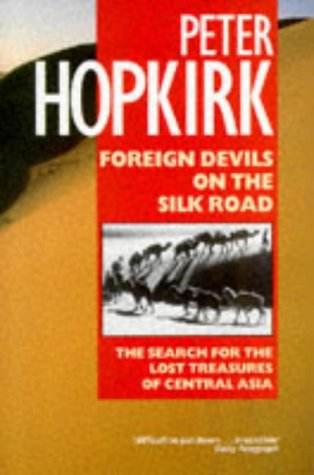 The Silk Road, the great trans-Asian highway linking Imperial Rome to China, reached the height of its importance during the T'ang Dynasty. Along it travelled precious cargoes as well as new ideas, art and knowledge. Its oasis towns blossomed into thriving centres of trade. However, as the Chinese lost control of the region, it began to decline to the point where the towns disappeared beneath desert sands. Local legends grew of buried treasure guarded by demons. This is the story of the intrepid adventurers who, at great personal risk, led long-range archaeological raids to the region in the early years of the 20th century. Profiles of such archaeologists as Sir Aurel Stein, who carried off large quantities of priceless wall paintings, sculptures, silks and early manuscripts, augment a narrative which also traces the fate of the works of art that were removed.

1. Foreign devils on the Silk Road: The search for the lost cities and treasures of Chinese Central Asia (Oxford University Press paperback)

2. FOREIGN DEVILS ON THE SILK ROAD: