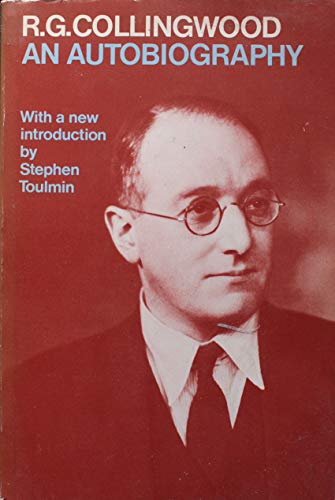 This early work by Robin G. Collingwood was originally published in 1939 and we are now republishing it with a brand new introductory biography. 'An Autobiography' is the story of Collingwood's personal and academic life. Robin George Collingwood was born on 22nd February 1889, in Cartmel, England. He was the son of author, artist, and academic, W. G. Collingwood. He was greatly influenced by the Italian Idealists Croce, Gentile, and Guido de Ruggiero. Another important influence was his father, a professor of fine art and a student of Ruskin. He published many works of philosophy, such as Speculum Mentis (1924), An Essay on Philosophic Method (1933), and An Essay on Metaphysics (1940).

Book Description Paperback. Condition: Good. Item is in good condition. Some moderate creases and wear. This item may not come with CDs or additional parts including access codes for textbooks. Might be an ex-library copy and contain writing/highlighting. Photos are stock pictures and not of the actual item. Seller Inventory # DS-0192812475-3