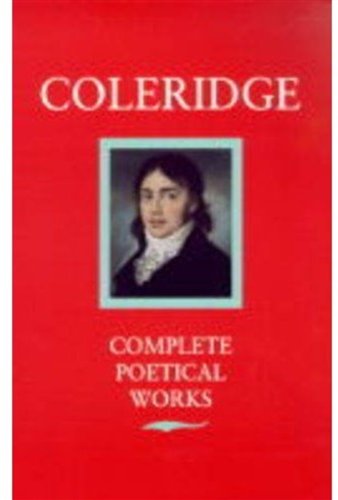 This edition of Coleridge's poems is edited by the grandson of the poet, and contains a complete text from his earliest teenage poems to the the supernatural poems, "Kubla Khan" and "Christabel". The text follows the 1834 edition, the last published in the author's lifetime, with footnotes indicating the variants from earlier editions and from manuscript drafts and alternative versions. The poems are printed, as far as possible, in chronological order, with Coleridge's own notes as well as textual and bibliographical notes by the editor. There are sections on "Metrical experiments" and "Fragments", most of the latter transcribed from the poet's manuscript notebooks. Apppendices contain first drafts and early versions, as well as the text of "Allegoric vision" of 1795, and the "Apologetic preface" to "Sibylline leaves" (1817), which Coleridge called his "happiest effort in prose composition".