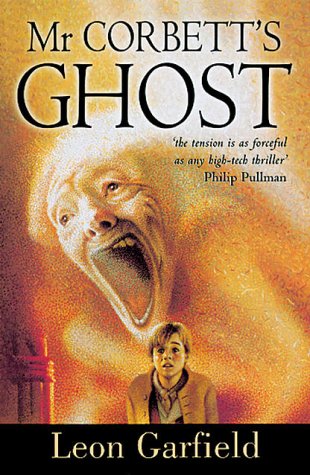 A brilliant collection of three short stories from a master story-teller, who will keep you turning the pages until the very end. The chilling title story tells of a young apprentice who makes a pact with a strange old man one New Year's Eve to rid the world of Mr Corbett, his cruel employer. Sure enough Mr Corbett meets an untimely death, but the tables turn on the terrified apprentice who finds himself cursed with the ghost of the man he hated most in the world...

Leon Garfield was born in Brighton in 1921. He was the acclaimed author of more than thirty novels for children and adults including Devil in the Fog, winner of the inaugural Guardian Children's Fiction Prize in 1967, The God Beneath the Sea, winner of the 1970 Carnegie Medal, and John Diamond, winner of the 1980 Whitbread literary award. He was also elected a member of the Royal Society of Literature. He died in 1996.