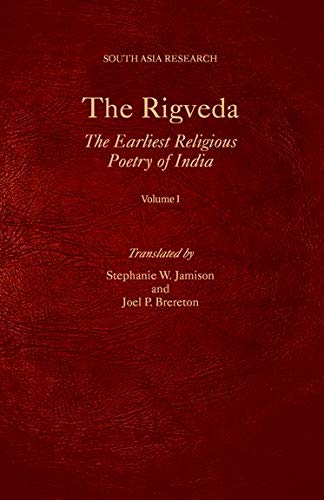 The Rigveda is the oldest Sanskrit text, consisting of over one thousand hymns dedicated to various divinities of the Vedic tradition. Orally composed and orally transmitted for several millennia, the hymns display remarkable poetic complexity and religious sophistication. As the culmination of the long tradition of Indo-Iranian oral-formulaic praise poetry and the first monument of specifically Indian religiosity and literature, the Rigveda is crucial to the understanding both of Indo-European and Indo-Iranian cultural prehistory and of later Indian religious history and high literature.

This new translation represents the first complete scholarly translation into English in over a century and utilizes the results of the intense research of the last century on the language and the ritual system of the text. The focus of this translation is on the poetic techniques and structures utilized by the bards and on the ways that the poetry intersects with and dynamically expresses the ritual underpinnings of the text.

Jamison (UCLA) and Brereton (Univ. of Texas, Austin) are to be commended for a translation that is both accurate and accessible to a wide audience... Essential. (CHOICE)

A rich resource that can be read with pleasure from beginning to end; the introduction - in keeping with its subject - is full of matter and spirit... [splendid] volume of letters. (Norma Clarke, The Times Literary Supplement)

Stephanie W. Jamison is Professor of Asian Languages and Cultures and of Indo-European Studies at the University of California, Los Angeles. She has published widely in Indo-European and Indo-Iranian linguistics, poetics, and mythology and is currently the Editor-in-Chief of the Journal of the American Oriental Society.Joel P. Brereton is Associate Professor of Asian Studies at the University of Texas, Austin. He has taught in both Religious Studies and Asian Studies programs and has written on the literature and religion of the Veda, especially the Rigveda and the early Upanishads, and on Vedic ritual.