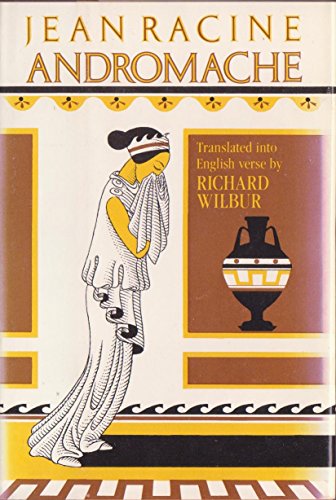 A skillful translation of the classical French tragedy about the captivity of Hector's wife after her abduction by the son of Achilles. The rhymed couplets retain the simplicity of form and powerful language of the original. "[This translation] is a striking tour de force" (Hudson Review). Drawings by Igor Tulipanov.

Douglas Dunn was born in Inchinnan, Renfrewshire, in 1942 and lived there until he married at the age of twenty-two. After working as a librarian in Scotland and Akron, Ohio, he studied English at Hull University, graduating in 1969. He then worked for eighteen months in the university library after which, in 1971, he became a freelance writer. In 1991 he was appointed Professor in the School of English at the University of St Andrews. As well as ten collections of poetry, including Elegies (1985), The Year's Afternoon, The Donkey's Ears (both 2000), and New Selected Poems 1964-2000 (2003), Douglas Dunn has written several radio and television plays, including Ploughman's Share and Scotsman by Moonlight. He has also edited various anthologies, including Twentieth-Century Scottish Poetry (2006). Douglas Dunn has won a Somerset Maugham Award, the Geoffrey Faber Memorial Prize, and has twice been awarded prizes by the Scottish Arts Council. In 1981 he was awarded the Hawthornden Prize for St Kilda's Parliament. In January 1986 he was overall winner of the 1985 Whitbread Book of the Year Award for his collection Elegies.