Items related to The lost river 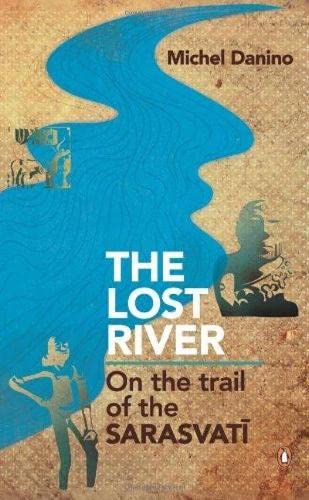 The Lost River is a book that talks about the existence, and eventual demise, of the Sarasvati River. The book puts forth the theories brought about by different explorers and archaeologists.Sarasvati has been a river that has been very popular among people now. It has been discussed and speculated for years now. The river that once described ancient scriptures like the Rig Veda had suddenly ceased to exist, and nobody knew why. This book is a narrative that insists on the idea that the river still exists, and speaks in favour of it. The beginning of exploration of this river had started around the nineteenth century. Archaeologists have given their own theories about the origin, course and demise of the great river. The book is an interesting read for those who are interested in the history and ancient geography of the river. It combines spiritual evidence, archaeological evidence, and findings of geographers during the nineteenth century. The book is a must-read for students, teachers and researchers who have a fascination for finding out the mysteries of the Sarasvati River.

Found it a most enlightening read. The way Michel Danino traces the 'lost' river's history through our ancient texts, early observations, local lore, excavations, satellite imagery, carbon dating and other modern techniques et. al. is very intriguing to say the least. Also the picture he paints of the Harappan way of life from precise ratios to civic infrastructure to dancing artifacts to the humble red 'paint/teeka' used even today is fascinating. I don't think any history book I studied in my schooling comes even remotely close. Further, for me atleast, this book busts the myth of the Aryan Invasion theory as the author claims in his other work 'Indian Culture and Indias future'. It rebuts some cogent opposing remarks raised by other indologists quite convincingly. I would like to thank Michel Danino for providing a engaging, romantic and comprehensive outline of the first Indian Civilization, which I might add is alive even today in little but manifold ways. I feel much better as an Indian after reading it. Sarasvati, the mythical 'mighty river that flows from the mountains to the sea', and immortalized in the Vedas along with Ganga and Yamuna is now as real as the heritage of the Civilization it supported! --Anish Mangal Dec 25, 2011

I love history books that are validated by data and facts. Historians and writers have too often taken their audiences for a ride, with wildly concocted theories about history. Here is a book that is different. There is lots of data and there are lots of inferences derived from the data presented. The book is written in a simple and accessible style, with plenty of pictures and tables. The story of the civilization that was the precursor of classical Indian civilization, accounts and conjectures of daily life, social structure, organization, trade, etc., are illustrated in great detail. In recent centuries, and especially in recent decades, a lot of fluff and falsehoods have been spread about Indian civilization. Many of these are combined into an Aryan Invasion Theory concocted by European and colonial era scholars who had a limited understanding of the subcontinent, but more importantly, had the responsibility to make the Europeans look like civilizing forces, rather than conquering ones. The narrow point of view this provided has had a deep impact on the racial soul of Indians, and has resulted in many younger generations not valuing the achievements of the people from who we came. On the other side, there are revisionist historians who want to claim that all invading forces were bad, and milk credence from the collective sympathy of the Indian psyche. What has been missing is a balanced view point, based on data. We need to study and understand our history for what it is. I think that this book eliminates many of these biases by providing believeable explanations and also reduces the chances of misinterpretation. First of all, it brings to light a long lost civilization and all evidences associated from the work of hundreds of scholars, stretching back four generations. It presents this in a gripping, novel-like way, while maintaining probity and coherence of ideas. Danino, early on in the book, says that the findings from the Sindhu-Satadru-Saraswati sites have not been taught in our schools. In fact, a distorted view of India's history is often what is taught in our schools. The aspirations of a nation are more often than not, rooted in its history. Questions of who we are, where we came from and what our forefathers were like aren't going to go away. Do yourself a favour if you're Indian, and arm yourself with the bare facts, and learn about the history of the subcontinent. Take a wide view of our history, and understand how science is improving our understanding. This is the only way to be at peace with the past glory we associate with Indian civilization, and also the only way to confidently stride into the future with little or no bias. --FPS Gamer Jun 11, 2013

It has been a profound experience. Truly insightful! Many of the questions answered. The lesson for the Marxist so called historians and scholars. --Atul Kumar Jul 16, 2014

Michel Danino is an Indian author who is originally from France. He has participated in the translation and publication of Sri Aurobindo and The Mother. He has also edited India s Rebirth and India the Mother. Michel has participated in the preservation of the tropical rainforest in the Nilgiri Hills. He helped promote the essential values of India s heritage in every field of life by starting the International Forum for India s Heritage (IFIH).

3. Lost River: On The Trail of the Sarasvati

4. Lost River: On The Trail of the Sarasvati

5. Lost River: On The Trail of the Sarasvati

6. Lost River: On The Trail of the Sarasvati