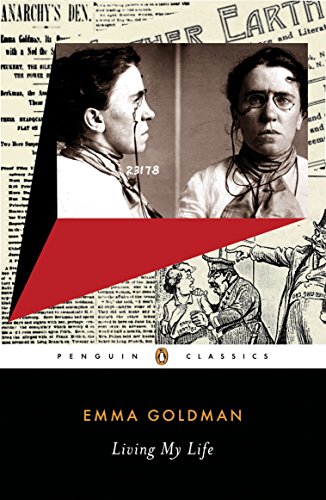 Anarchist, journalist, drama critic, advocate of birth control and free love, Emma Goldman was the most famous-and notorious-woman in the early twentieth century. This abridged version of her two-volume autobiography takes her from her birthplace in czarist Russia to the socialist enclaves of Manhattan's Lower East Side. Against a dramatic backdrop of political argument, show trials, imprisonment, and tempestuous romances, Goldman chronicles the epoch that she helped shape: the reform movements of the Progressive Era, the early years of and later disillusionment with Lenin's Bolshevik experiment, and more. Sounding a call still heard today, Living My Life is a riveting account of political ferment and ideological turbulence.

Emma Goldman (1869-1940) came to America from Russia when she was sixteen. As a political activist, publisher, lecturer, and writer, she was a central figure in the radical social movements of her age.

Living My Life (Paperback or Softback)