Items related to Poems on the Underground

Poems on the Underground

Poems on the Underground 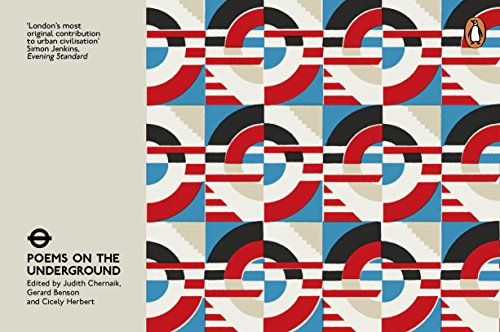 After nearly thirty years and almost 500 poems, Poems on the Underground has become a familiar and welcome sight on London's Tube, paying tribute to the magnificent tradition of English poetry, and to those who have contributed to its richness and diversity. In this beautiful paperback edition, poems old and new, familiar and unfamiliar explore such diverse topics as love, London, exile, family, dreams, war, music and nature, and feature hundreds of poets including Owen Sheers, Paul Muldoon, Sylvia Plath, William Blake, D. H. Lawrence, Kathleen Raine, Roger McGough, Wilfred Owen, Wendy Cope and John Clare, among many others.

The most democratic artistic intervention of my lifetime (Maev Kennedy Guardian)

Beautifully presented ... This makes it an ideal book to dip into. Few people would see this book lying around the house and not be tempted to quickly browse through and find a morsel of verse that meant something to them at that moment. Everyone will find their own favourites in the book (A Common Reader)

Judith Chernaik, Gerard Benson and Cicely Herbert co-founded Poems on the Underground nearly thirty years ago. Judith has written The Lyrics of Shelley and four novels, and was awarded an OBE for services to literature in 2002. Gerard was a poet, editor, performer and author of ten poetry collections. He was Poet Laureate of the City of Bradford. Cicely is a writer of poetry, performance pieces and radio plays and a member of the Barrow Poets.

1. Poems on the Underground