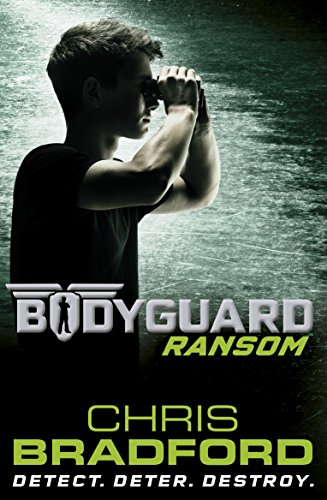 At 14 years old, martial arts expert Connor Reeves isn't your typical bodyguard - that's why he's so good at his job.

For his new assignment Connor's been posted to a luxury yacht. His mission: to protect the twin daughters of an Australian media-mogul. It's a watertight operation, until the unthinkable happens.

Far out to sea, merciless pirates hijack the yacht and demand a multi-million-dollar ransom. But there's a flaw in their plan. They didn't count on Connor Reeves being aboard . . .

Chris Bradford has trained in karate, kickboxing and samurai swordsmanship. He earned his black belt in Zen Kyo Shin Taijutsu, the secret fighting art of the ninja. Before writing the Young Samurai series, he was a professional musician and songwriter and has performed for HRH Queen Elizabeth II.

You can learn more about Chris Bradford and his books at www.youngsamurai.com.

Book Description 2002. Paperback. Condition: New. Paperback. The best bodyguard is the one nobody notices. At fourteen years old, martial arts expert Connor Reeves isn't your typical bodyguard - that's why he's so good at his job. For his .Shipping may be from multiple locations in the US or from the UK, depending on stock availability. 448 pages. 0.350. Seller Inventory # 9780141340067