Items related to Moomin and the Moonlight Adventure

Moomin and the Moonlight Adventure 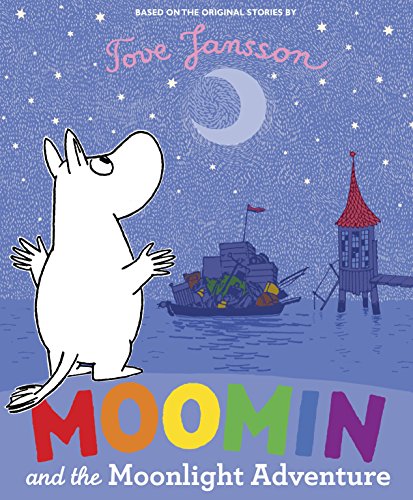 It had been raining for days in Moominvalley, but now the clouds had cleared and it was a fine day for an adventure. Moomintroll was excited - he and Snorkmaiden and Little My, Moominpappa and Moominmamma, were all going to sail to Lonely Island to look for treasure! But by the time everyone was ready to leave, the sun had set and night had fallen. Would they ever be able to find any treasure just by the light of the moon?

Tove Jansson was born in Helsingfors, Finland, in 1914. Her mother was a caricaturist who designed 165 of Finland's stamps and her father was a sculptor. She studied painting in Finland, Sweden and France, and subsequently became a book illustrator. Her extraordinary illustrative style is seen as a design classic the world over. Originally written in Swedish, the Moomintroll books have been translated into 34 languages and adapted for television, film, radio and opera. Tove Jansson lived alone on a small island in the gulf of Finland, where most of her books were written. She died in 2001.

1. Moomin and the Moonlight Adventure