Trollope, Anthony The Small House at Allington (The Chronicles of Barsetshire)

The Small House at Allington (The Chronicles of Barsetshire) 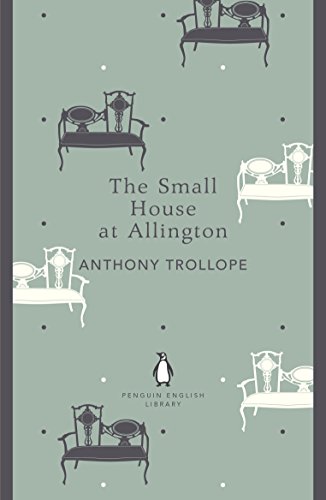 "What a villain you are ... a villain and a poor weak silly fool. She was too good for you."

Engaged to the ambitious and self-serving Adolphus Crosbie, Lily Dale is devastated when he jilts her for the aristocratic Lady Alexandrina. Although crushed by his faithlessness, Lily still believes she is bound to her unworthy former fiancé for life and therefore condemned to remain single after his betrayal. And when a more deserving suitor pays his addresses, she is unable to see past her feelings for Crosbie. Written when Trollope was at the height of his popularity, The Small House at Allington contains his most admired heroine in Lily Dale - a young woman of independent spirit who nonetheless longs to be loved - and is a moving dramatization of the ways in which personal dilemmas are affected by social pressures.

1. The Small House at Allington (The Chronicles of Barsetshire)

Book Description Paperback. Condition: Very Good. The book has been read, but is in excellent condition. Pages are intact and not marred by notes or highlighting. The spine remains undamaged. Seller Inventory # GOR005407477