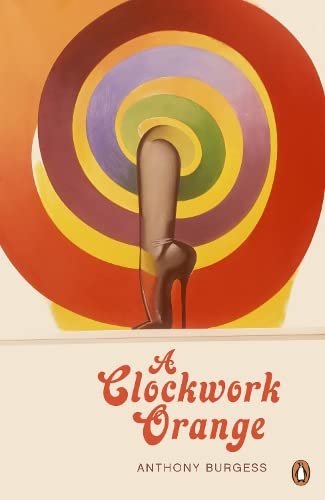 Penguin Decades bring you the novels that helped shape modern Britain. When they were published, some were bestsellers, some were considered scandalous, and others were simply misunderstood. All represent their time and helped define their generation, while today each is considered a landmark work of storytelling.

Anthony Burgess's A Clockwork Orange was published in 1962 and has been controversial ever since. It tells the story of fifteen-year-old Alex - whose chief preoccupations are Beethoven's Ninth and ultra-violence - as he and his droogs rampage though a dystopian future seeking thrills, until they come under the control of the state's sinister apparatus.

Book Description Penguin Classics, 2010. Paperback. Condition: Good. A few small marks to the page edges. Ex Library Book with usual stamps and stickers. Good condition is defined as: a copy that has been read but remains in clean condition. All of the pages are intact and the cover is intact and the spine may show signs of wear. The book may have minor markings which are not specifically mentioned. Most items will be dispatched the same or the next working day. Seller Inventory # mon0013908770