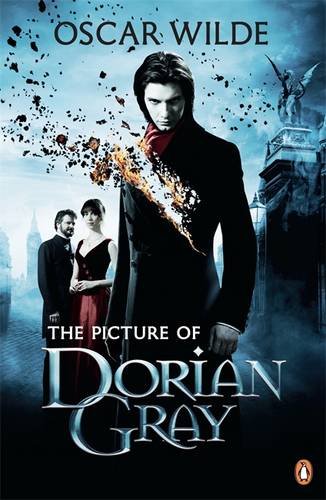 Enthralled by his own exquisite portrait, Dorian Gray exchanges his soul for eternal youth and beauty. Influenced by his friend Lord Henry Wotton, he is drawn into a corrupt double life, indulging his desires in secret while remaining a gentleman in the eyes of polite society. Only his portrait bears the traces of his decadence. The Picture of Dorian Gray was a succès de scandal. Early readers were shocked by its hints of unspeakable sins, and the book was later used as evidence against Wilde at his trial at the Old Bailey in 1895.

A lush, cautionary tale of a life of vileness and deception or a loving portrait of the aesthetic impulse run rampant? Why not both? After Basil Hallward paints a beautiful, young man's portrait, his subject's frivolous wish that the picture change and he remain the same comes true. Dorian Gray's picture grows aged and corrupt while he continues to appear fresh and innocent. After he kills a young woman, "as surely as if I had cut her little throat with a knife", Dorian Gray is surprised to find no difference in his vision or surroundings. "The roses are not less lovely for all that. The birds sing just as happily in my garden."

As Hallward tries to make sense of his creation, his epigram-happy friend Lord Henry Wotton encourages Dorian in his sensual quest with any number of Wildean paradoxes, including the delightful "When we are happy we are always good, but when we are good we are not always happy." But despite its many languorous pleasures, The Picture of Dorian Gray is an imperfect work. Compared to the two (voyeuristic) older men, Dorian is a bore, and his search for ever new sensations far less fun than the novel's drawing-room discussions. Even more oddly, the moral message of the novel contradicts many of Wilde's supposed aims, not least "no artist has ethical sympathies. An ethical sympathy in an artist is an unpardonable mannerism of style." Nonetheless, the glamour boy gets his just deserts. And Wilde, defending Dorian Gray, had it both ways: "All excess, as well as all renunciation, brings its own punishment."

Prizes
The Picture of Dorian Gray was chosen as the book of 2010 for Dublin City's One City, One Book Festival. --urban-romantics.com

1. The Picture of Dorian Gray

Book Description Paperback. Condition: Used; Good. **Simply Brit** Shipped with Premium postal service within 24 hours from the UK with impressive delivery time. We have dispatched from our book depository; items of good condition to over ten million satisfied customers worldwide. We are committed to providing you with reliable and efficient service at all times. Seller Inventory # 987605

Book Description Paperback. Condition: Used; Good. **SHIPPED FROM UK** We believe you will be completely satisfied with our quick and reliable service. All orders are dispatched as swiftly as possible! Buy with confidence!. Seller Inventory # mon0001474165

5. The Picture of Dorian Gray

Book Description Paperback. Condition: Very Good. The book has been read, but is in excellent condition. Pages are intact and not marred by notes or highlighting. The spine remains undamaged. Seller Inventory # GOR001503633

Book Description Paperback. Condition: Good. The book has been read but remains in clean condition. All pages are intact and the cover is intact. Some minor wear to the spine. Seller Inventory # GOR001478449

8. The Picture of Dorian Gray

Book Description Condition: Good. Film tie-in ed. Former Library book. Shows some signs of wear, and may have some markings on the inside. Seller Inventory # GRP57894441

9. The Picture of Dorian Gray

10. The Picture of Dorian Gray