Items related to An Only Child AND My Father's Son: An Autobiography...

O'Connor, Frank An Only Child AND My Father's Son: An Autobiography (Penguin Modern Classics)

An Only Child AND My Father's Son: An Autobiography (Penguin Modern Classics) 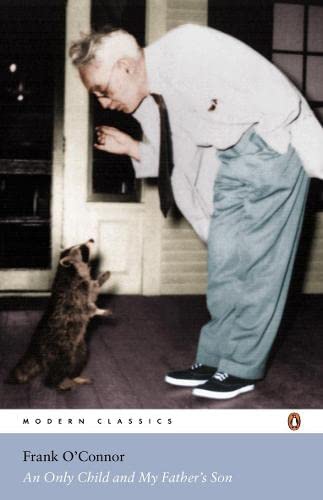 The first two volumes of O'Connor's autobiography. AN ONLY CHILD is the entrancing story of an Irish childhood and a youthful involvement in the Irish rebellion which leads to internment. In MY FATHER'S SON O'Connor is released after the Civil war to begin a turbulent career as a writer, sharing his life and loves in Dublin with characters as formidable as Yeats and Lennox Robinson.

Frank O'Connor (1903-1966) is the author of such justly famous works as Guests of the Nation and First Confession and numerous other fine stories, including The Bridal Night, The Luceys, and The Long Road to Ummera. O'Connor published works of fiction and non-fiction continuously from the 1930s to the 1960s. Most recently his biography of Michael Collins, The Big Fellow, has been published by Picador.

1. Only Child: An Autobiography O'Connor, Frank