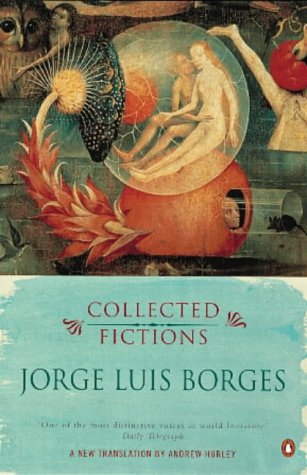 In maddeningly ingenious stories that play with the very form of the short story itself, Borges returns again and again to his celebrated themes: dreams, labyrinths, mirrors, infinite libraries, the manipulations of chance, gaucho knife-fighters, transparent tigers and the elusive nature of identity itself. COLLECTED FICTIONS is the perfect one-volume compendium for all those who have long loved Borges' work and the perfect introduction to this extraordinary writer for all those who have yetto discover him.

Although Jorge Luis Borges published his first book in 1923--doling out his own money for a limited edition of Fervor de Buenos Aires--he remained in Argentinian obscurity for almost three decades. In 1951, however, Ficciones appeared in French, followed soon after by an English translation. This collection, which included the cream of the author's short fictions, made it clear that Borges was a world-class (if highly unclassifiable) artist--a brilliant, lyrical miniaturist, who could pose the great questions of existence on the head of pin. And by 1961, when he shared the French Prix Formentor with Samuel Beckett, he seemed suddenly to tower over a half-dozen literary cultures, the very exemplar of modernism with a human face.

By the time of his death in 1986, Borges had been granted old master status by almost everybody (except, alas, the gentlemen of the Swedish Academy). Yet his work remained dispersed among a number of different collections, some of them increasingly hard to find. Andrew Hurley has done readers a great service, then, by collecting all the stories in a single, meticulously translated volume. It's a pleasure to be reminded that Borges' style--poetic, dreamlike and compounded of innumerable small surprises--was already in place by 1935, when he published A Universal History of Iniquity: "The earth we inhabit is an error, an incompetent parody. Mirrors and paternity are abominable because they multiply and affirm it". (Incidentally, the thrifty author later recycled the second of these aphorisms in his classic bit of bookish metaphysics, "Tlon, Uqbar, Orbis Teris".) The glories of his middle period, of course, have hardly aged a day. "The Garden of the Forking Paths" remains the best deconstruction of the detective story ever written, even in the post-Auster era, and "Pierre Menard, Author of the Quixote" puts the so-called death of the author in pointed, hilarious perspective.

But Hurley's omnibus also brings home exactly how consistent Borges remained in his concerns. As late as 1975, in "Avelino Arredondo" he was still asking (and occasionally even answering) the same riddles about time and its human repository, memory: "For the man in prison, or the blind man, time flows downstream as though down a slight decline. As he reached the midpoint of his reclusion, Arredondo more than once achieved that virtually timeless time. In the first patio there was a wellhead, and at the bottom, a cistern where a toad lived; it never occurred to Arredondo that it was the toad's time, bordering on eternity, that he sought". Throughout, Hurley's translation is crisp and assured (although this reader will always have a soft spot for "Funes, the Memorious" rather than "Funes, His Memory"). And thanks to his efforts, Borgesians will find no better--and no more pleasurable--rebuttal of the author's description of himself as "a shy sort of man who could not bring himself to write short stories". --James Marcus

"A marvelous new collection of stories by one of the most remarkable writers of our century." --The New York Times "The major work of probably the most influential Latin American writer of the century." --The Washington Post Book World "An unparalleled treasury of marvels . . . Along with a tiny cohort of peers, and seers (Kafka and Joyce come to mind), Borges is more than a stunning storyteller and a brilliant stylist; he's a mirror who reflects the spirit of his time." --Chicago Tribune "An event worth of celebration . . . Hurley deserves our enthusiastic praise for this monumental piece of work." --San Francisco Chronicle "Borges is the most important Spanish-language writer since Cervantes. . . . To have denied him the Nobel Prize is as bad as the case of Joyce, Proust, and Kafka." --Mario Vargas Llosa "When I read a good book, I sometimes like to think I might be capable of writing something similar, but never, in my wildest dreams, could I write anything that approaches the level of cleverness and intellect and madness of Borges. I don't think anyone could." --Daniel Radcliffe

Book Description Paperback. Condition: Fair. A readable copy of the book which may include some defects such as highlighting and notes. Cover and pages may be creased and show discolouration. Seller Inventory # GOR002781269