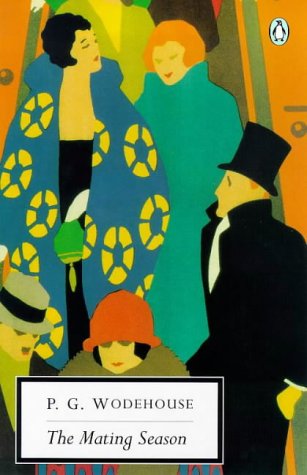 The undisputed master of farce is in top form in this giddy novel of romantic intrigue, social mayhem, and aristocratic absurdities.

"It's dangerous to use the word genius to describe a writer, but I'll risk it with him" John Humphrys "For as long as I'm immersed in a P.G. Wodehouse book, it's possible to keep the real world at bay and live in a far, far nicer, funnier one where happy endings are the order of the day" Marian Keyes "Wodehouse always lifts your spirits, no matter how high they happen to be already" Lynne Truss "The incomparable and timeless genius - perfect for readers of all ages, shapes and sizes!" Kate Mosse "Not only the funniest English novelist who ever wrote but one of our finest stylists" Susan Hill

Pelham (Plum) Grenville Wodehouse was born in 1881 in Guildford, Surrey. Having spent his early years in Hong Kong he was sent to Dulwich College and worked as a banker and journalist before embarking on a career as a prolific and popular writer. Wodehouse was imprisoned by the Germans in 1940 and was widely criticised for agreeing to broadcast on German radio. He became an American citizen in 1955 and was knighted in 1975 a few weeks before his death in Southampton, New York on February 14.

Book Description Paperback. Condition: Fair. A readable copy of the book which may include some defects such as highlighting and notes. Cover and pages may be creased and show discolouration. Seller Inventory # GOR004779633

Book Description Condition: Acceptable. May have some shelf-wear due to normal use. Seller Inventory # 0KVKX6002IDL